The Suez Canal achieves the highest monthly revenue in its history

The Egyptian Suez Canal Authority achieved new record revenues, recording the highest monthly revenue in its history, in addition to a huge increase in the number of passing ships and revenues since the beginning of the current year 2022.

The head of the authority, Lieutenant-General Osama Rabie, said today, Sunday, May 1, that the navigation statistics in the channel for the month of April have set unprecedented records throughout the history of the channel, according to a statement carried by the channel’s Facebook page.

The channel’s revenues for last month amounted to 629 million dollars, while it recorded the largest monthly net tonnage, with a total tonnage of 114.5 million tons, exceeding all the numbers recorded before.

The head of the Suez Canal Authority announced that the navigation movement in the canal, during April 2022, witnessed the transit of 1929 ships from both directions, compared to the transit of 1814 ships in the same period last year, an increase of 6.3%.

The total net tonnage reached 114.5 million tons, which is the largest in the history of the canal, compared to 110.2 million tons in April of last year, a difference of 4.3 million tons, and an increase of 3.9%.

He explained that the revenues of the Suez Canal, during the past month, amounted to 629 million dollars; Which is the highest monthly revenue in the history of the channel, compared to 553.6 million dollars in the same month last year, a difference of 75.4 million dollars, an increase of 13.6%.

Rabie pointed out that the navigational reports for the month of April 2022 monitored a significant increase in the transit rates of various types of ships, compared to the same month last year. The number of tankers increased by 25.8%, and container ships transiting the canal by 9%.

The percentage of LNG carriers increased by 12%, and the number of car carriers increased by 6.6%; This reflects the success of the marketing and pricing policies of the Suez Canal Authority in gaining the confidence of the shipping community, attracting new shipping lines, and flexibly dealing with the changes taking place in the maritime transport industry, according to Rabie.

The head of the Suez Canal Authority revealed that the navigation statistics record a noticeable increase in the tonnage and number of ships transiting the canal since the beginning of this year 2022; Navigation in the canal from January to April saw 7232 ships transit, compared to 6,395 ships transiting during the same period last year, with a difference of 837 ships, an increase of 13.1%. 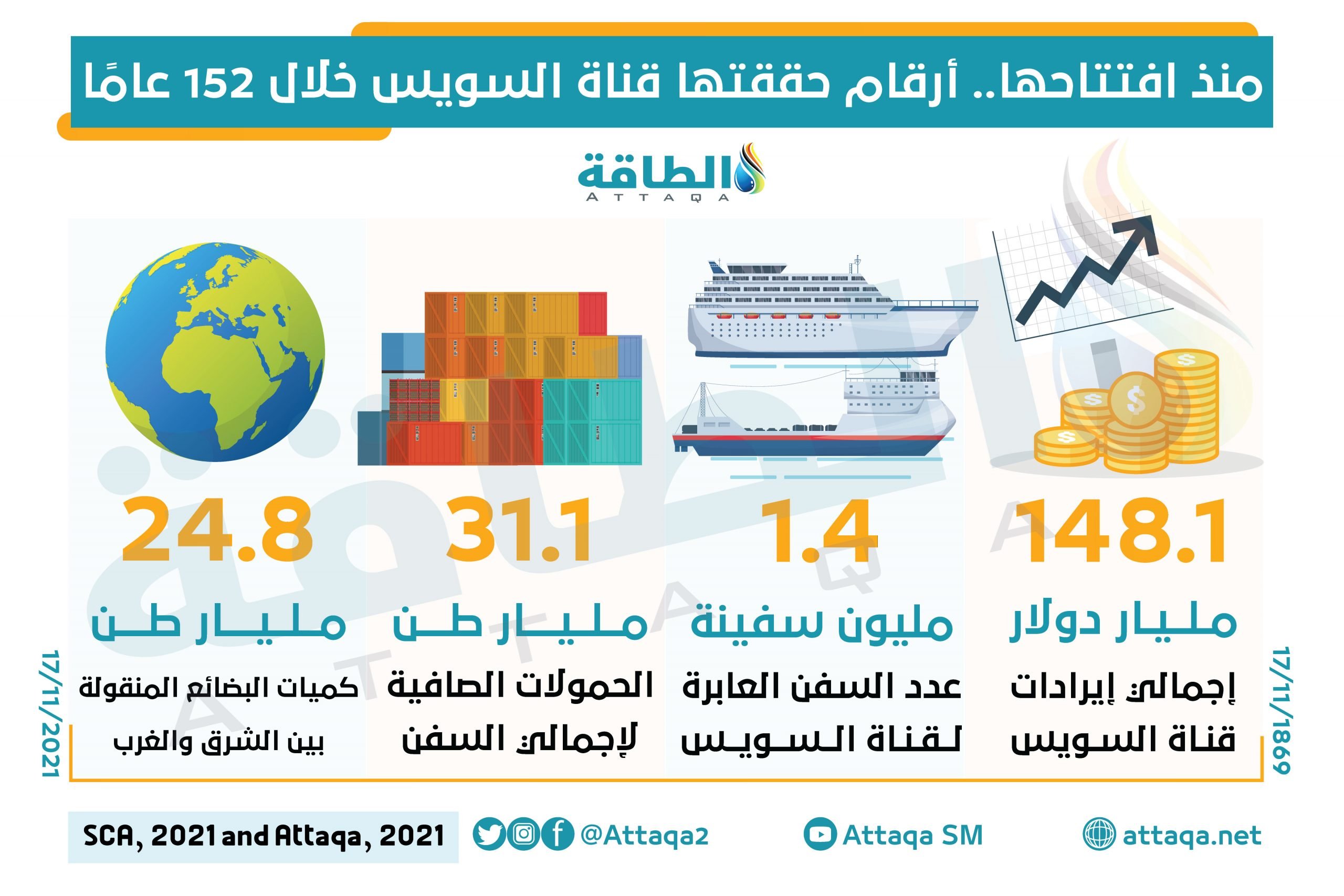 The head of the authority pointed out that the revenues of the Suez Canal witnessed a remarkable increase, despite the multiple challenges. As navigation statistics during the period from January to April achieved about 2.3 billion dollars, compared to two billion dollars during the same period last year, an increase of 18.4%, and a difference of 360.4 million dollars.

The importance of the Suez Canal

The head of the Suez Canal Authority explained that the current indicators of the navigation movement in the canal give a clear indication of the vital role it plays in ensuring the sustainability and stability of supply chains despite global challenges.

Rabie stressed that the full support and periodic follow-up from Egyptian President Abdel Fattah Al-Sisi to the canal and its development projects contributed to the canal keeping pace with global developments in the maritime transport industry and increasing its ability to face challenges.