Solar energy.. An Egyptian team invents new cells with an efficiency higher than 45%

In light of the wide spread of solar energy projects in Egypt and the world, raising the efficiency of solar panels and cells has become a major challenge facing scientists and researchers in this field.

An Egyptian research team succeeded in arriving at the installation of multi-connection (combined) solar cells with an efficiency of more than 45%, while the maximum efficiency of the commercially available solar cell recorded so far is 33.7%.

The Egyptian research team – which reached these results – consists of a number of professors and researchers from Ain Shams, El Mostakbal, and Helwan Universities, in addition to the most prominent specialists in the field of solar energy in Egypt.

Exploitation of the solar spectrum

Researchers in perovskite materials and LEDs at the University of Cambridge had discovered that solar cells would be more efficient if their chemical composition became less demanding, ie by simplifying production processes and lowering costs.

Scientists worldwide are working on newer materials, such as gallium nitride, germanium and indium phosphide, convinced that these materials will effectively use the entire solar spectrum, converting it into electricity by changing the band gap limits of multijunction solar cells.

Electricity insurance in the future

The instructor at the Department of Electrical Engineering at the Future University, Dr. Ahmed Saeed, said that at present many studies are being applied in the field of renewable energy, especially one of its promising sources, which is solar energy, by raising the efficiency of solar cells, so that it can secure the increasing human needs for electricity in the future.

He explained that the main limitation of single conduction solar cells is their ability to absorb part of the spectrum to which the solar cell is exposed, which has an energy greater than – or equal to – the energy potential of the material used in the cell’s installation, while the cell is unable to absorb the rest of the spectrum.

He pointed out that even in the case of a spectrum that contains more energy than the energy potential of the material used in the cell, the difference in energy will be lost in the form of heat. 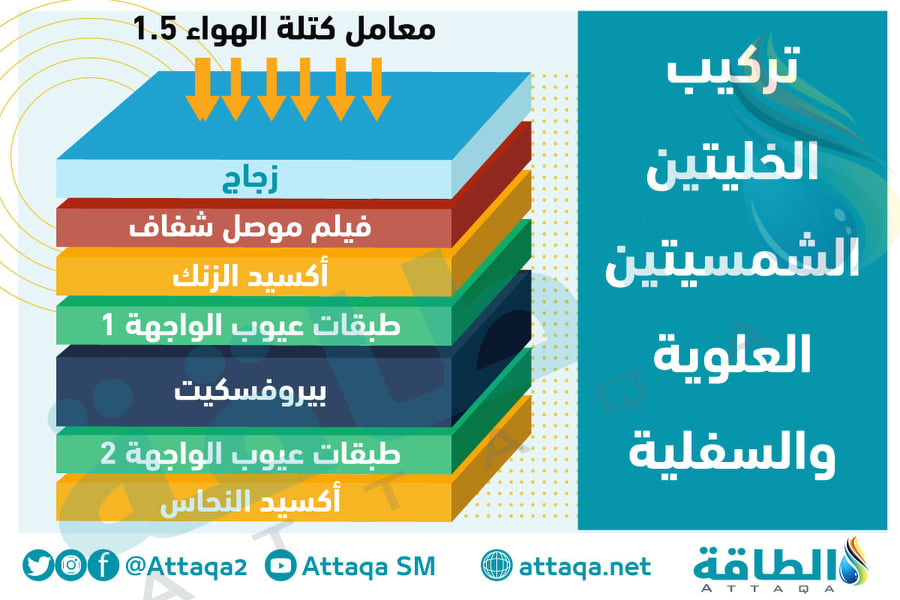 The doctor of the Department of Electrical Engineering at the Future University stated that one of the solutions to this problem is the use of multi-connection (combined) solar cells, because they consist of sub-cells with different voltages, so they can absorb a wider spectrum, and have a higher efficiency.

He also explained that one of the most important studies in the field of solar energy, presented by researchers in the design of cumulative solar cell installations, is the study of Dr. Muhammad Mousa and Engineer Mustafa Salah, which is the modeling and analysis of solar cells.

He pointed out that the study had proposed several designs and test results for several upper sub-cells based on perovskite, which consist of: perovskite, perovskite using chloride, perovskite carbon, perovskite without the electron transport layer.

Hybrid perovskite composites have emerged as a major component of solar energy over the past few years due to their lower cost and higher efficiency, compared to the traditional silicon-based solar cell materials currently in use.

A number of lower sub-cells based on the use of one or two absorbent sub-layers with different levels of additives were also tested to improve the cell effort. 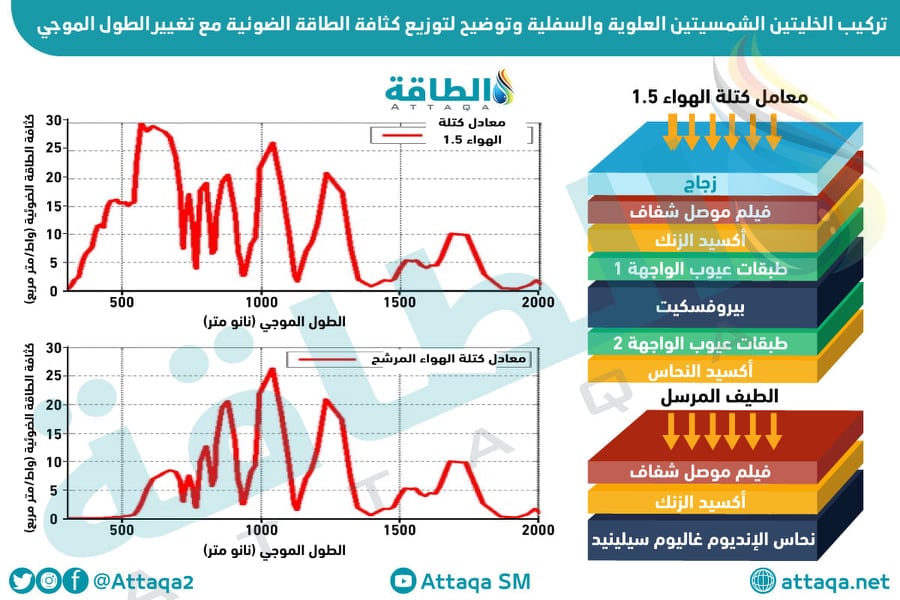 Increase the efficiency of the cell

Dr. Ahmed Saeed confirmed that the proposed cells showed good results and higher efficiency, pointing out that they are electrically equivalent to two connected circuits in series, which leads to a higher voltage for the cell.

He added that the study presented a proposed solution to one of the current limitations of bipartite solar cells based on the use of germanium telluride, pointing out that the lower sub-cell is usually the cell with the minimum current density, which limits the current density of the superposition cell, and the efficiency of the cell in general.

Based on these researches, several different overlay cells were designed and tested, a new algorithm was proposed to determine the absorbent layer thickness of the upper sub-cells, and a study was presented for the stability of the performance of the overlay cell with temperature changes in the range (260°K to 360°K).

Dr. Ahmed Saeed pointed out that the designed composite cells have demonstrated performance with different and promising results, reaching a conversion efficiency of up to 45% of the energy exposed to the solar cell.