Mahmoud Al-Khatib, President of Al-Ahly Club, held a meeting today, Sunday, with the Planning Committee, which includes Mohsen Saleh and Zakaria Nassef, in the presence of Hossam Ghaly, a member of the board of directors, Sayed Abdel Hafeez, the football director, and Amir Tawfiq, the club’s contracting director.

According to Al-Ahly’s official website, the meeting came to discuss the reasons for the sudden decline in the team’s results, despite the provision of all the team’s needs at all levels, as well as the outstanding technical capabilities of the players and their technical staff, who have achieved many championships at the local and African levels.

The meeting witnessed a clear discussion of all details to put the points above the letters and restore things to normal, in order to ensure the team’s progress in the next stage.

After the meeting, Mahmoud Al-Khatib, accompanied by Hossam Ghaly and the team’s training planning committee, held a meeting with the players and the technical staff in the presence of the South African Pitso Musimani, as reported by Masrawy correspondent, and confronted everyone with the shortcomings witnessed in the recent matches, and before that the absence of spirit, determination and determination.

The president of Al-Ahly stressed that the coming period cannot bear the repetition of such shortcomings, whatever the justifications, and that everyone in the team system must assume his responsibilities, and that everyone should have the personality of Al-Ahly in everything, and no one is allowed to live on the memories of past tournaments, and that winning A continental championship does not mean neglecting the local championship, and Al-Ahly plays to win all the championships in which it participates, and every official in the club, whatever his role, whether he is a player, coach, administrator or member of the board of directors, must know this, and work to achieve it, according to the statement of the official website. for my family.

In conclusion, Mahmoud Al-Khatib indicated that he did not and will not lose his great confidence in the players and their technical staff, and that the matter is still in their hands, and they are able to correct the situation. 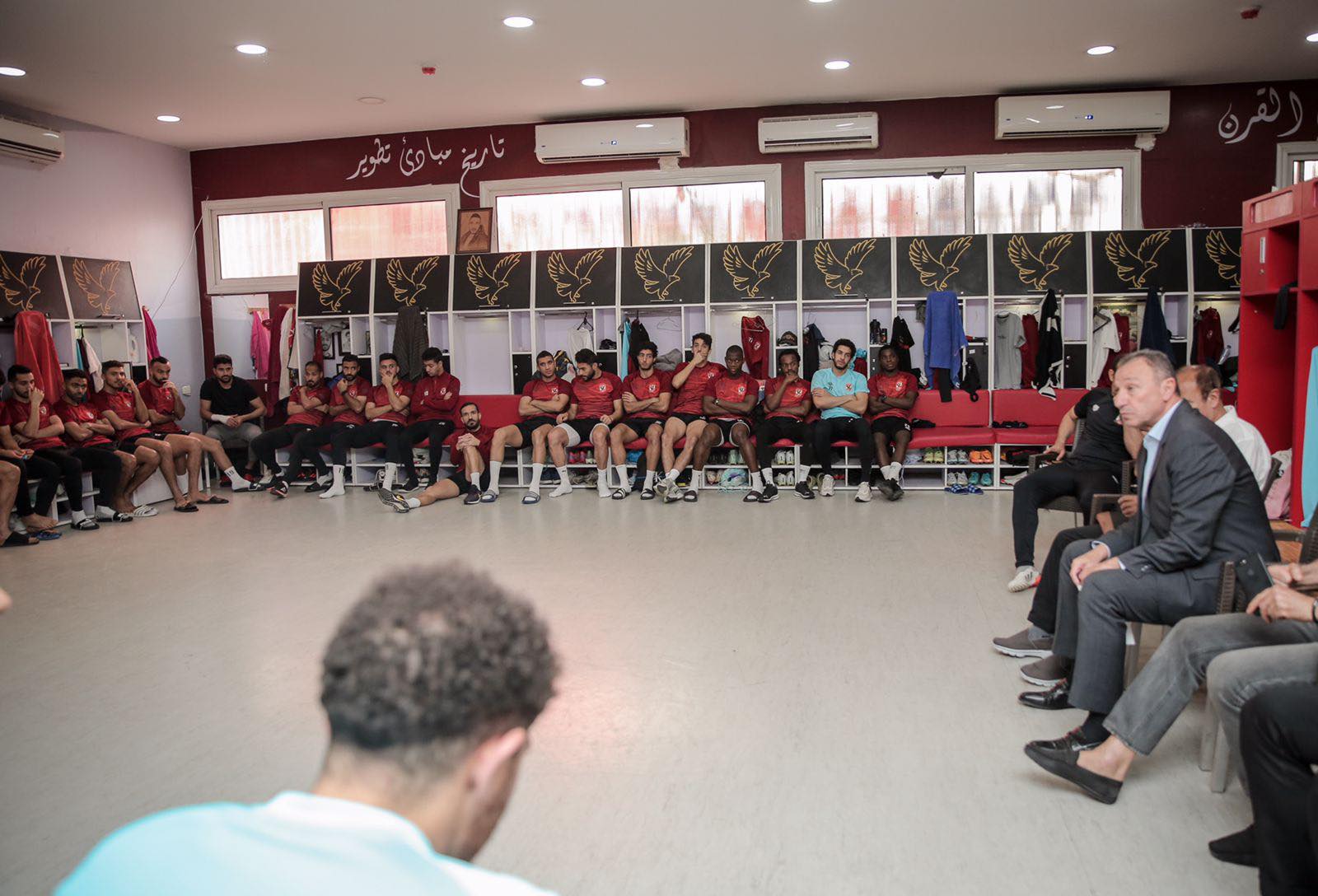 With regard to preparing for the home and return matches in the semi-finals of the Champions League, in light of the discussion that took place with the technical staff, it was decided that the team would enter a camp from Tuesday until the end of the two matches, and that the technical staff would invest in this camp and implement the physical and technical programs that it deems appropriate from his point of view. .

Al-Ahly tied with Ceramica Cleopatra (1-1) yesterday, Saturday, in the Egyptian Premier League, which was held at the Arab Contractors Stadium, so that the Red Genie remained without any victory in the last three rounds of the local competition.

It is noteworthy that Al-Ahly is preparing for an upcoming match against Algeria’s ES Setif in the first leg of the semi-finals of the African Champions League, scheduled for next Saturday evening, corresponding to the seventh of May in Cairo.

Here is Europe.. How did UEFA fail to organize the Champions League final?