The administration of President Joe Biden is seeking to modernize the electricity grid in America with allocations amounting to 2.5 billion dollars, in an attempt to protect it from the manifestations of climate change and in line with the presidential goal of adopting the national grid on clean electricity completely by 2035.

The rate of interruptions in the electricity network in America increased during the past 20 years, reaching its highest levels in 2020, after electricity was cut for more than 8 hours.

Biden’s program, presented in accordance with the Infrastructure Act, is awaiting bipartisan feedback on the details of the grant aimed at protecting networks from climate change.

The US Secretary of Energy, Jennifer Granholm, stressed that President Joe Biden’s goal of spreading renewable and clean energy, with modern electricity networks being its main pillar.

She added that the grant presented, yesterday, Wednesday, April 27, in response to the Infrastructure Act, contributes to providing a flexible and clean electricity supply to the American people, even in cases of exposure to climate change.

The proposed updates to the electricity grid in America protect it from interruptions or exposure to natural disasters and extreme weather changes, especially in relation to the weather.

The grant aims to update 7 key elements in the operation of US electricity networks; Including updating the columns and removing the obstacles that affect the performance of the networks, such as trees and plants.

The program also includes making updates to underground electrical equipment and transmission lines, as well as working to enhance the networks’ resistance to extreme weather, and support them with components that would raise the fire resistance capacity due to the increased rates of forest fires.

The modernization of electricity networks in America includes providing them with accurate monitoring and follow-up systems, and providing integration between energy resources such as small networks and storage facilities, according to the ministry’s website.

America’s electricity grids have suffered from the effects of climate change, such as wildfires and extreme weather; What required updates to ensure its resistance to these manifestations.

At the same time, the White House renewed its commitment to expanding and upgrading the infrastructure of America’s electricity grids, through the Department of Energy’s financial incentive-supported program.

The White House cited the assertion of the National Climate Adviser and President of the US Environmental Protection Agency, Gina McCarthy, that the state of Texas had an accident in a transmission line last winter proves the need for the electricity grid in America for investment and modernization.

The White House and the Department of Energy identified the modernization plan financing instruments that would allow the construction of high-voltage transmission lines; This enhances America’s electricity access, reliability, and absorption of more clean electricity resources, according to its website.

Developers in the Western Region can apply for $3.25 billion in financial support from the Electricity Transmission Management Infrastructure Fund to finance renewable energy projects.

In addition to the Western American Fund, the Department of Energy’s Loan Office is receiving loan applications worth up to $5 billion to support transportation projects; These include high-voltage direct currents, offshore wind production transmission, and others. 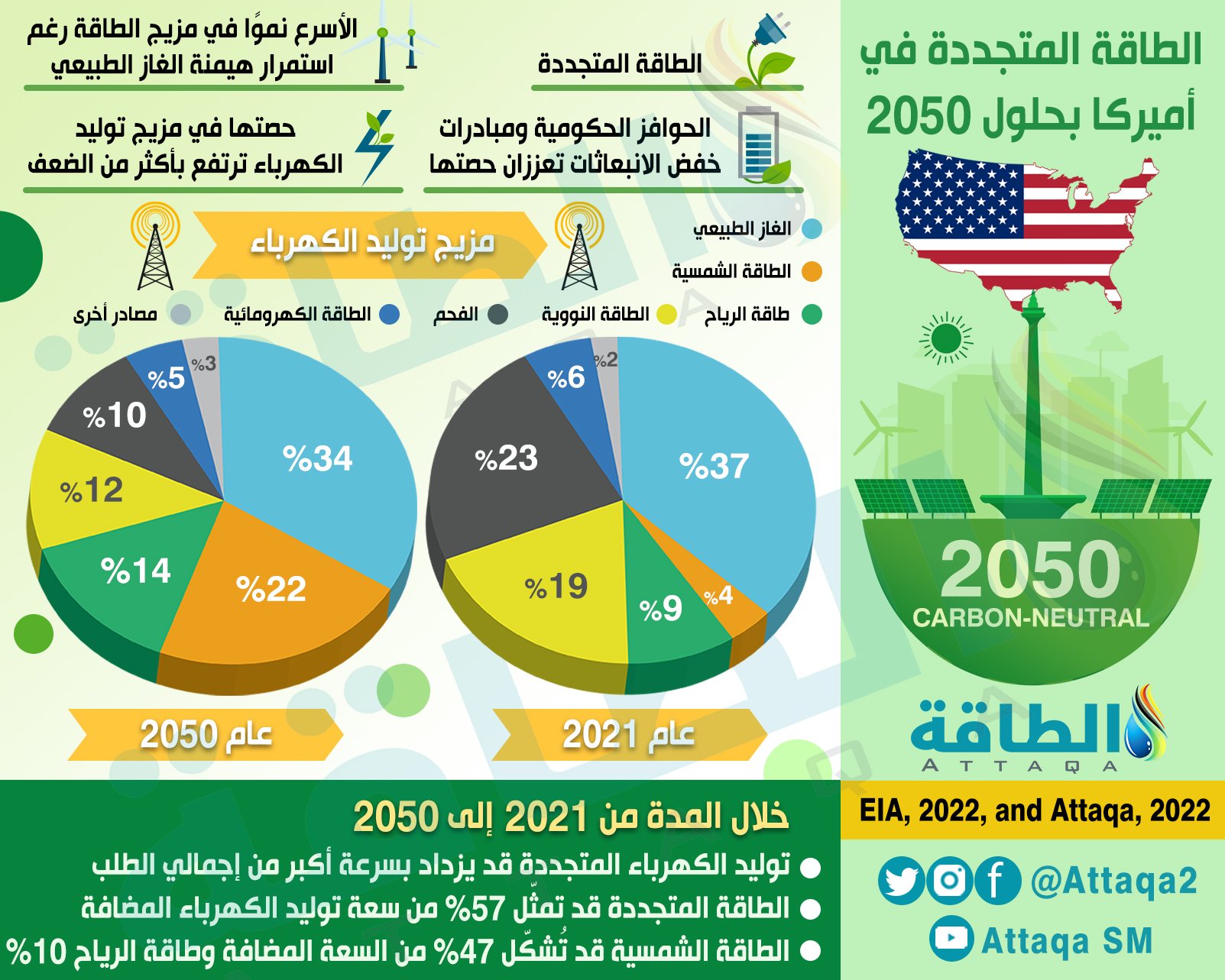 The ability to generate electricity in America through renewable energy sources recorded a marked advantage during the past year 2021 over nuclear power generation, according to data from the Energy Information Administration.

Meanwhile, forecasts indicate the contribution of renewable energy sources to 33% of the electricity generation mix in America by 2026, to double the contribution for the past 2021, in parallel with plans to expand solar and wind energy projects.

Looking at electricity prices, the Energy Information Administration data for the past year revealed an increase in its cost to the consumer by 4.3%, recording 13.72 cents/kWh.