Solar energy technologies are proving day after day their prominent role in various aspects of life, from direct lighting and electricity supply to operating elevators and electronic devices and securing the broadcast of matches, these technologies have penetrated into important areas.

The importance of relying on these technologies has emerged again in the health sector, but at an important time for the world trying to recover from the effects of the Corona pandemic, and it was a sponsor of efforts to control the epidemic by providing “refrigerators” to protect vaccines with electricity.

This step has an important return in developing and relatively poor countries that suffer from electricity access to all facilities, and now it has become possible for these countries to confront the epidemic through hand-held facilities equipped with solar electricity, and corona vaccines are kept inside.

According to the statistics of the World Health Organization, India was among the Asian countries that witnessed the most deaths in huge numbers as a result of the successive and renewed waves of the Corona pandemic.

While many countries succeeded in vaccinating their citizens in large numbers, other countries were unable to provide the vaccine, and India had various factors that hindered the spread of receiving health vaccines against the epidemic.

The South Asian country suffers from the difficulty of accessing electricity to the citizens of all states, which prompted it to change its climate plans and return to expanding the use of coal again to generate electricity.

Uttar Pradesh was one of the Indian states that suffered the most from the corruption of vaccines as a result of lack of electricity and interruptions in health centers.

Here, solar energy appeared, which represents a safe, reliable and permanent source of electricity, and it was not limited to the expansion of clean energy projects, but also extended to the space of young experiments in creating devices that can be carried by hand or installed, and have the ability to save vaccines against Corona.

It seems that the state of Uttar Pradesh is on a date to save the lives of its citizens from the outbreak of the Corona epidemic, which is witnessing renewed waves and the emergence of various mutagens from time to time. 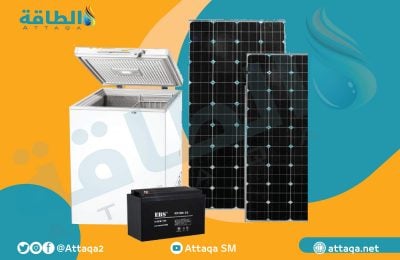 These refrigerators allow stopping the bleeding of wasted epidemic vaccines and other medicines that are subject to damage and corruption, in the event that they are not stored in devices that ensure their presence at low temperatures.

The technology, which was achieved by the third year student of Axis College in Kanpur, Uttar Pradesh, Samarjit Singh, was adopted.

Singh is seeking a patent for his solar innovation, noting that it will save health centers in rural areas with solar refrigerators that fight electricity shortages.

He added that just as solar energy has an important role in protecting the environment, the requirements of the stage reveal its role in saving the lives of citizens in areas where electricity is difficult to access, and provide a safe and clean source for the protection of medicines and vaccines.

Without using a compressor, engineering student Samarjit Singh made an experimental model of solar refrigerators used to store medicines and vaccines in India. These refrigerators consist of solar panels that have a battery installed on them, and they depend on thermal energy.

On the operating technique, Singh explained that as soon as the electricity is turned on, the thermoelectric energy will create a temperature difference in preparation for reducing the temperature of the refrigerators.

The innovative solar refrigerators in India can operate normally for 12 hours, but to achieve this result, the solar panels need to be charged for 4 hours.

The Indian refrigerator includes an additional battery (storage battery) to supply it with the necessary electricity supply when the charging capacity of the solar battery runs out, according to the Energy World – India Times.

Singh describes his innovative refrigerator, which costs between 3,000 and 3,500 Indian rupees, as “environmentally friendly” with a capacity of 5 liters at present, but it is lightweight, easy to transport, and does not need electricity from the network.

The experiment of refrigerators for storing medicines and vaccines through solar energy in India was not the first of its kind, as it was preceded by African countries that also suffer from a lack of electricity supply. 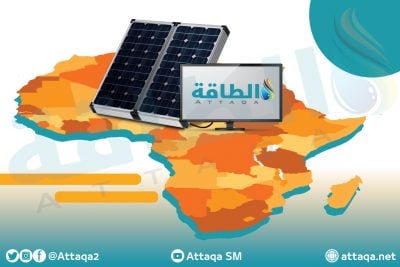 The African and Indian experience proves the possibility of penetrating renewable energy sources – especially solar energy – into daily life, and reaching millions in developing countries who suffer from a lack of electricity.

In addition to the health sector and refrigerators for keeping vaccines, innovative solar energy technologies have recently appeared in abundance, and a few months ago the continent witnessed the emergence of the first solar-powered television in Ghana, and then an expansion plan was announced in the entire continent, and Cameroon used solar energy to secure the broadcast of the African Cup of Nations matches. .

Beyond the borders of the African continent, Italy, located in southern Europe, has seen an electric elevator run through solar energy in an experiment aimed at reducing emissions and ensuring a clean and sustainable supply.